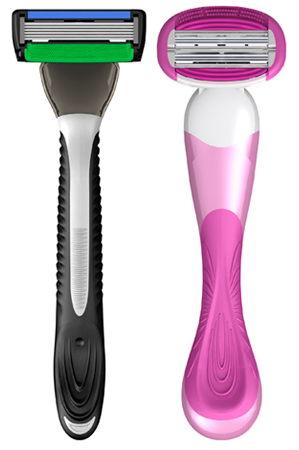 Right as I was running low on my current supply of shaving razors, Shave Mob reached out asking if we would like test their product. What timing. I gladly volunteered.

Shave Mob professes to be 70% cheaper than premium shaving razors yet equal quality. What was the worst that could happen? An uneven shave? Some cuts here and there? Nothing too life threatening.

And I previously had a solid experience with Dollar Shave Club so my curiosity was peaked.

Shave Mob offers three different shaving options for men. The Baby Face: a three-blade razor. The Average Joe: a four-blade razor. And The Caveman: a six-blade razor with a single blade on the back for more precision shaving.

Being a stickler for process I decided to try them in order.

One thing I immediately loved about Shave Mob was that no matter what razor I decided to use I could use the same handle. Meaning that if I ordered a supply of Baby Face razors but wanted to switch to Caveman it would be seamless. 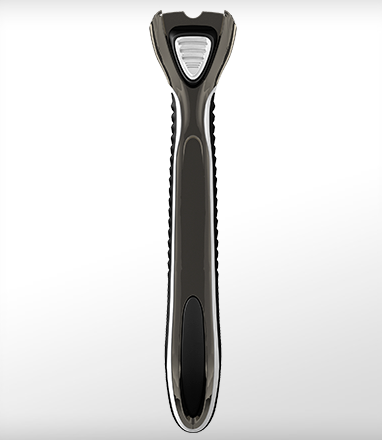 Alright, back to the action. Ready to finally get rid of the Poncho Villa mustache that had suddenly sprouted in the past 48hrs, I wet my face, applied some shaving cream, and popped on the Baby Face razor. I decided I would take the first pass down the side of my face. My rationale was this is a pretty even area and does not present the potential blood-drawing obstacles like the upper lip or chin.

The only way I can really describe what happened next is by comparing the razor to a car.  This three blade, subscription razor, that was 70% cheaper than premium razors was the Maybach of razors.  I had initiated the stroke, but it felt like it was shaving for me and instead of feeling like an uncomfortable experience it was quite pleasurable. I was sold at first-stroke.

The other razors performed equally as well, although those blessed with a thick beard would benefit far more from the extra blades.

I am not saying it was the best shave I have ever had, except it was the best shave I have ever had. Of course I wanted to be able to guarantee I could be able to have the same mind blowing experience moving forward so I went online to investigate my options. Shave Mob offers three different levels of supply depending on your own personal commitment issues: a two month (thinking about next weekend makes you anxious), a six month (you’ll plan where you are having Thanksgiving but can’t even consider Christmas yet), or a year (your pretty confident you know where your life is going and want a stockpile if the apocalypse hits).

I truly do not think you will find a better shave unless it’s by a pro. And I would highly recommend committing to the year, you will not regret it.

Next Post
Best of Beauty SS14: Looks We Won't Wait For