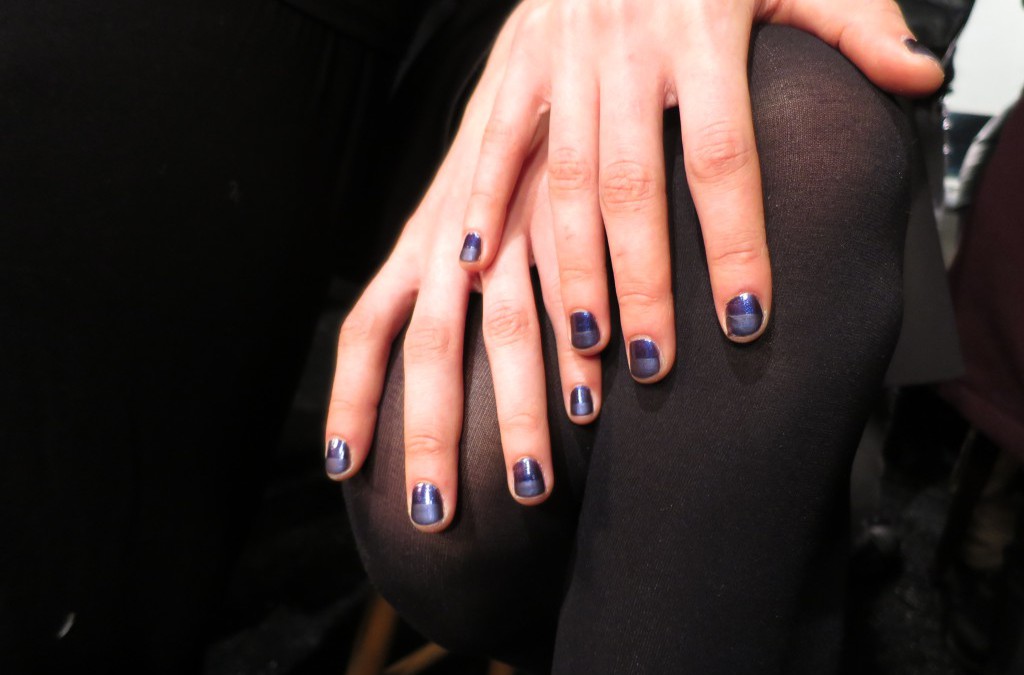 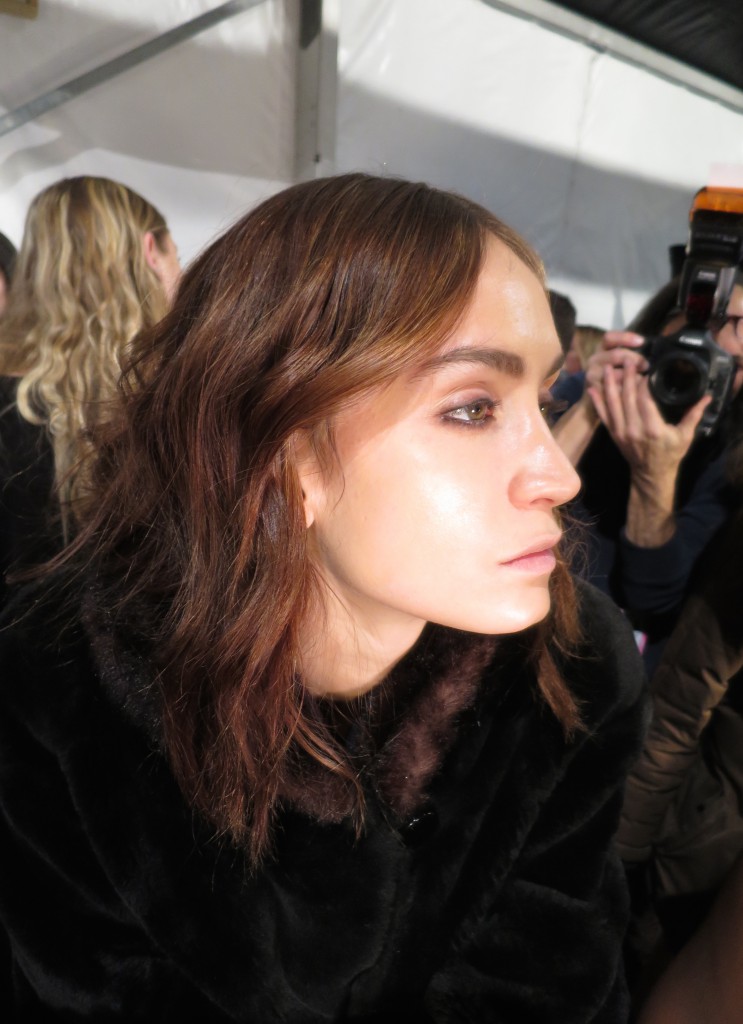 The beauty look for Charlotte Ronson AW15 was titled as “The Grungy Girl Next Door”. In translation, the models were intended to portray an effortless everyday appearance that wasn’t perfect but still spoke to that “It Girl”.

Vincent described the entire look in two words – morning after. He not only wanted it to look easy, but he also wanted it be easy. “It’s a look for when you go out on a Friday night, wake up at someone else’s house the next day and head out to brunch in whatever you’re wearing”, Vincent says.

The makeup laid out a face that offered a clean slate that could easily be toyed with colors later in the day. The look was also something that could be recreated by someone that had limited products on hand, as Celebré Pro HD Make-Up was used for concealer, contour, and lips, and eyebrows were lightly touched with a brow pencil. Vincent says, “We’re stepping away from the Instagram overdrawn eyebrow and drawing in little hairs instead”. 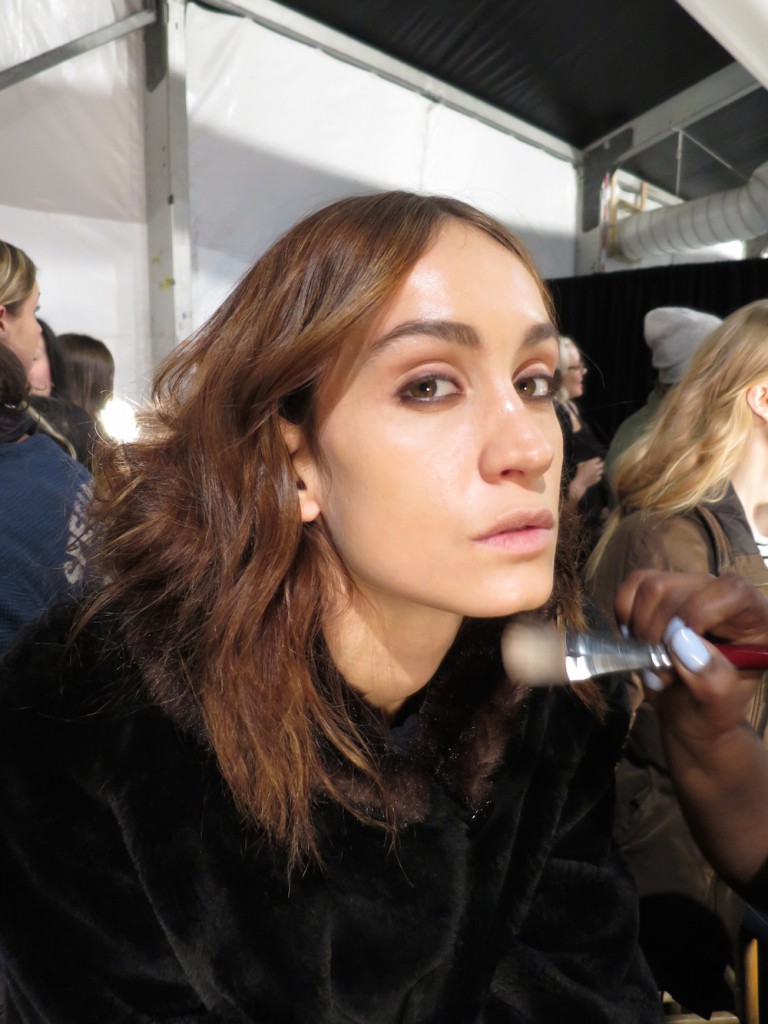 Rich, sexy brown tones dominated the eyes, as black was too much and usually becomes the focus of the face. “This look literally takes 2 minutes to create, and is perfect for everyone – ages 8 to 88”, Vincent claims.

This collection’s hair look was all about texture. In contrast to SS15’s slicked-back trend, the models wore a loosely done low pony that spoke to a chic, relaxed look. 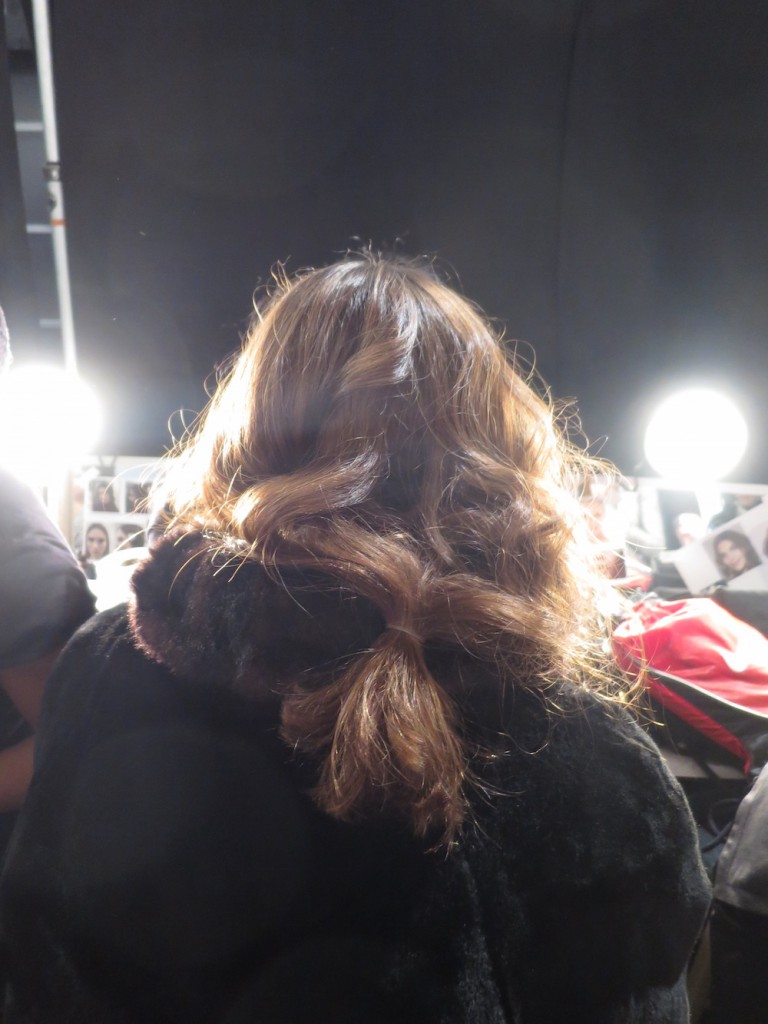 The formula to this collection’s hairstyle consisted of three ingredients: Salon Grafix Professional Texturizing Cream, Salon Grafix Professional Shaping Hair Spray and Hot Tools Insta-Curl EZ styler. Like curling ribbon with a pair of scissors, the styler was an easy-to-use tool that gave the hair natural waves. The pony was then formed with an elastic tied three-fourths of the way down, allowing the hair to then be tucked in the back of the collar for a faux bob. 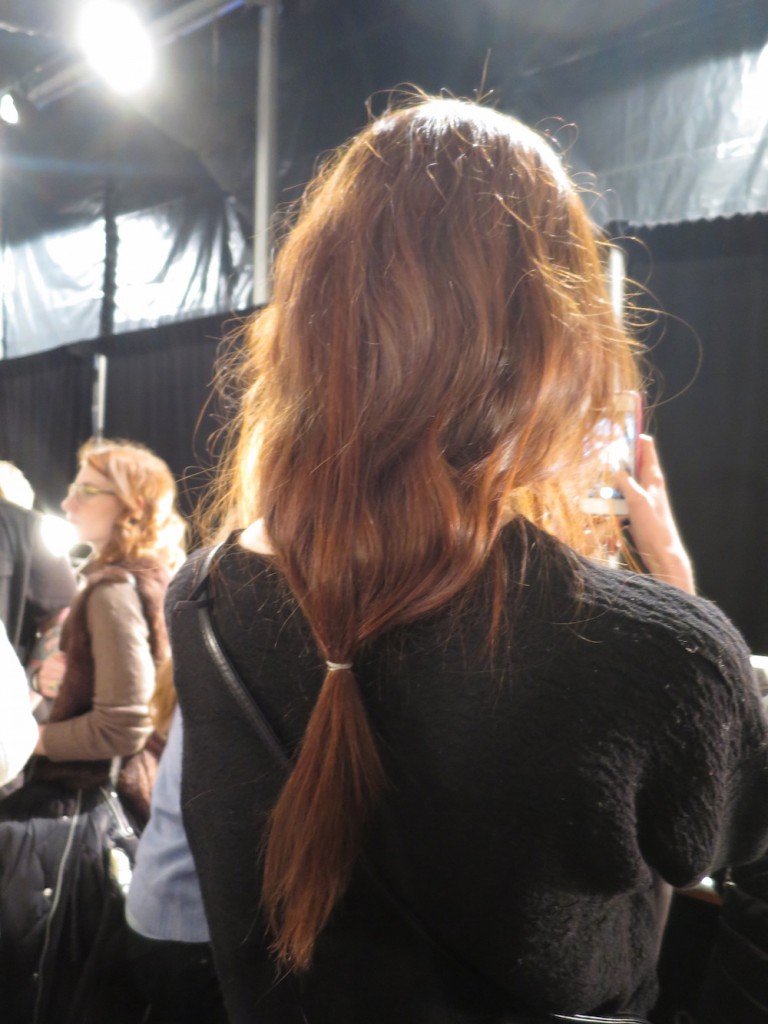 “We wanted to embrace the flyaways”, says Marshall. In addition, a quick-drying color spray gave hairs by the neck a bold touch, and therefore tying the “grungy girl next door” look altogether.

Like the makeup, hair was seemingly effortless to recreate by anyone.

Nails by Miss Pop for O-P-I

What seemed like a manicure painted with two separate shades of polish was actually one that was half matte-coated. “The highlight here is the matte top coat, making one color look two-toned”, says Miss Pop. 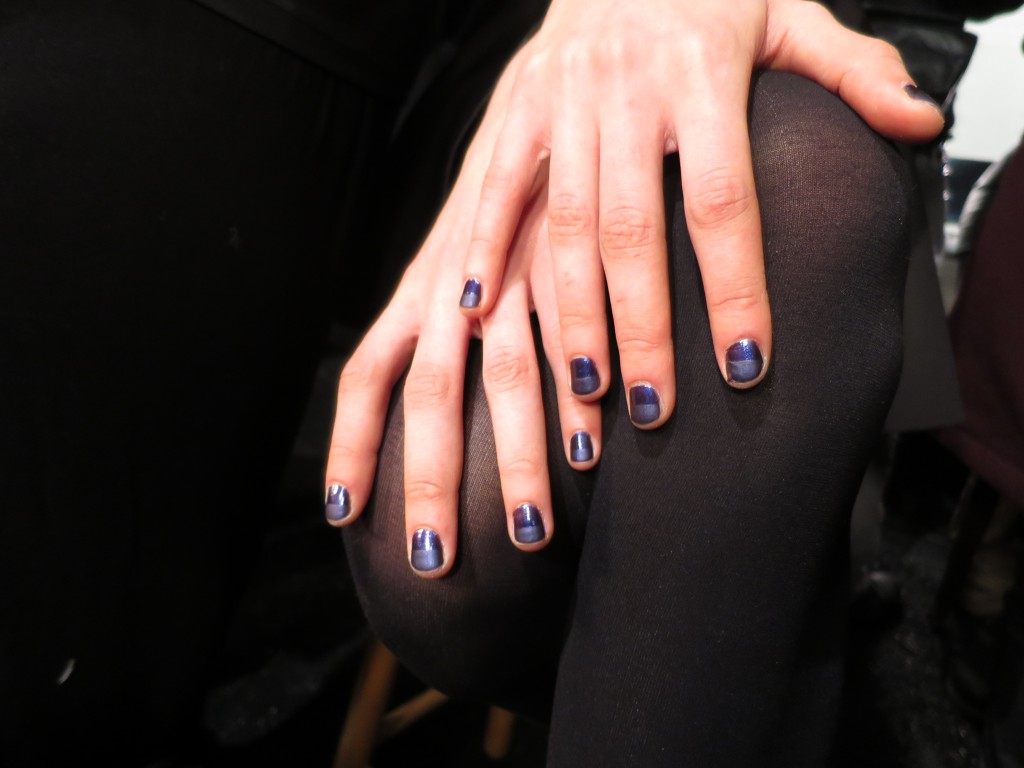 Nails were brushed first with OPI Natural Nail Base Coat, two coats of OPI Ink, regular top coat and finally OPI Matte Top Coat only from the center of the nail to the top. The metallic purple mani was subtle yet unique for a cool look.

Note: This post is not sponsored. All thoughts are unbiased and my own. All photos taken by me.