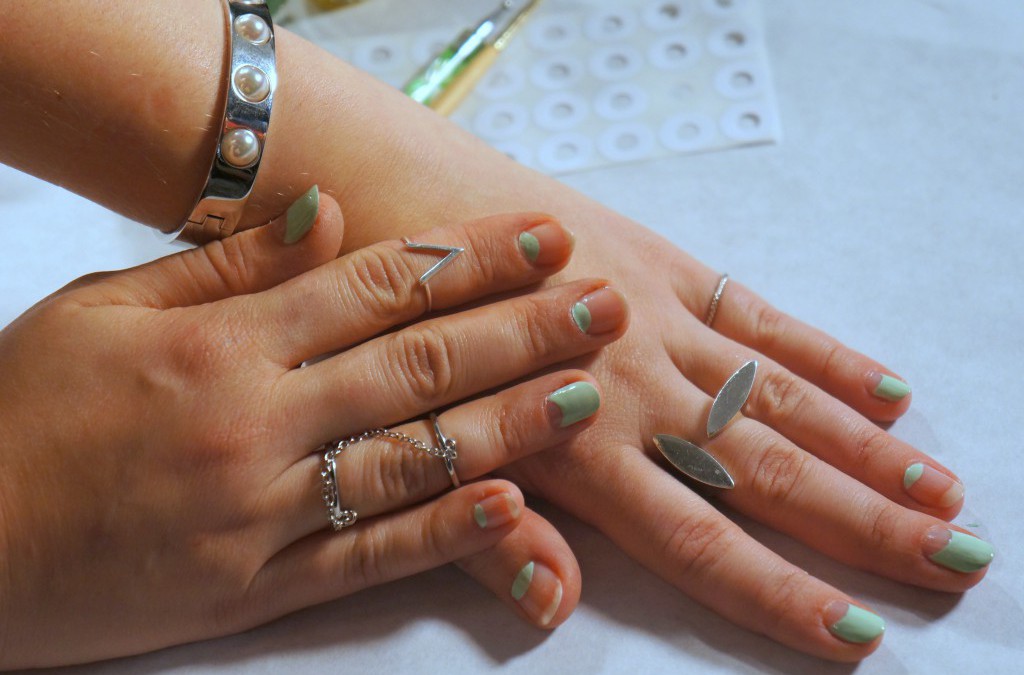 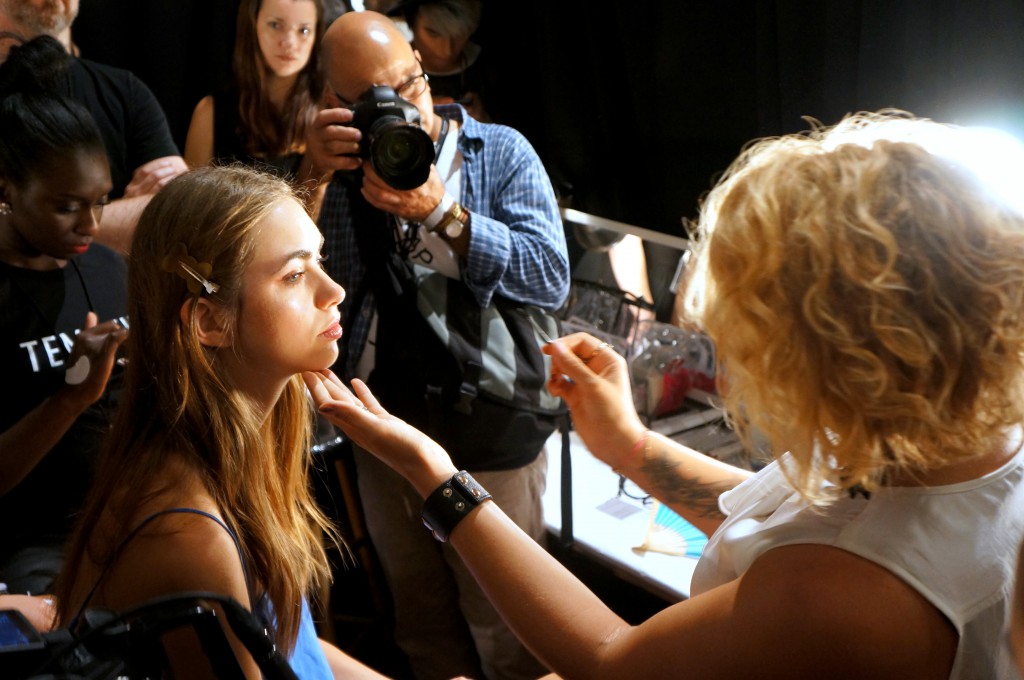 Inside the (Backstage) Beauty

To mimic the whimsical aesthetic of the clothing from Charlotte Ronson SS15, Key Makeup Artist Dani Fonseca misted Temptu airbrush on eyes, lips and face. Batiste Dry Shampoo was used to prep hair before soft waves were set. And fingers and toes showcased OPI polish in nail art designs to complement the collection.

Hydro Cool Firming Eye Gel facials from Skyn Iceland were applied prior to makeup and Silk’n laser devices were used for hair removal and microdermabrasion. 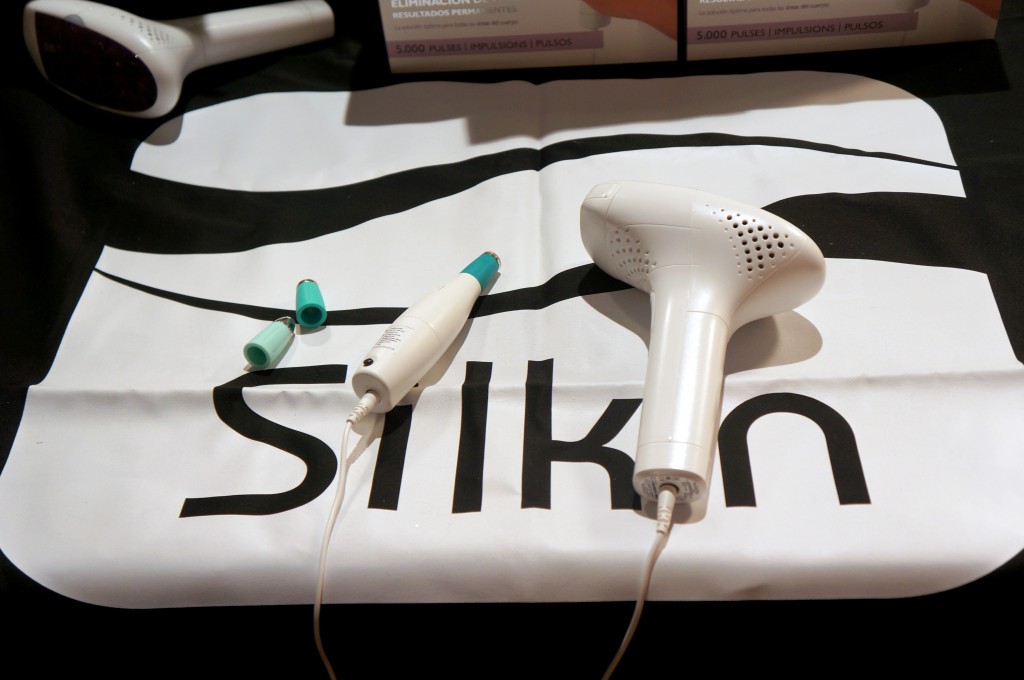 Silk’n Flash & Go Hair Removal Machines were used prior to the show to remove unwanted body hair. Facials were given with the newly released Silk’n ReVit, a diamond peeling microdermabrasion system that reveals clearer, younger-looking skin. Plus, the Silk’n FaceFX machine helped to stimulate collagen and reduce fine lines. 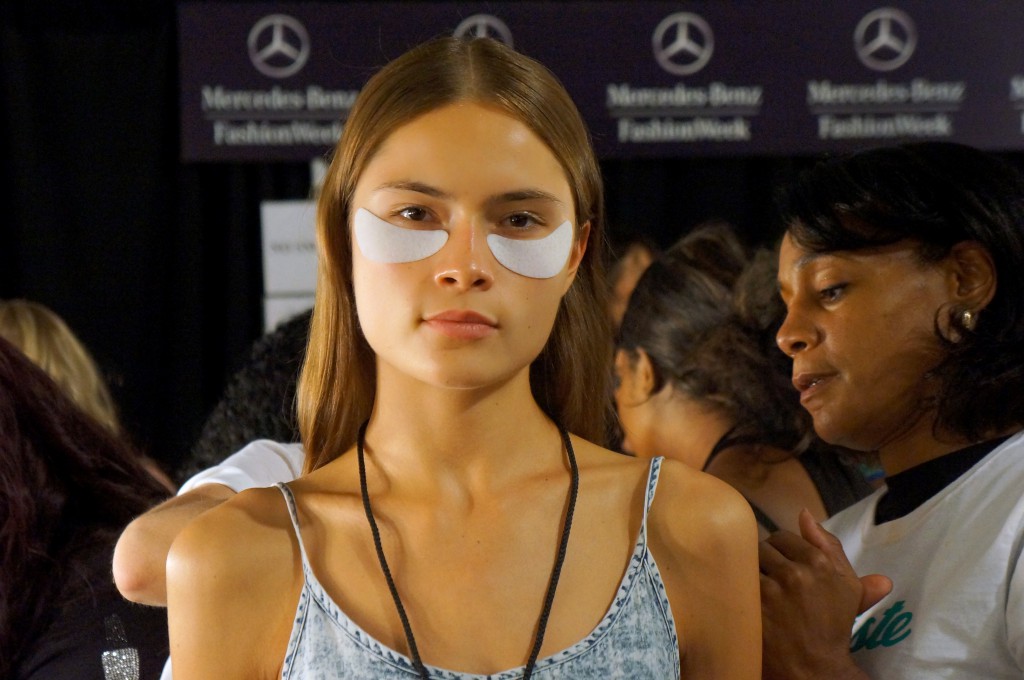 “The confident woman, caught in a daydream of water colored femininity, was the inspiration for the soft hued pastels and whimsical styles of Charlotte Ronson’s Spring 2015 Collection. Key Makeup Artist, Dani Fonseca, created a washed rose tonal look with subtle hints of shimmering radiance as effortless and radiant as the collection.” 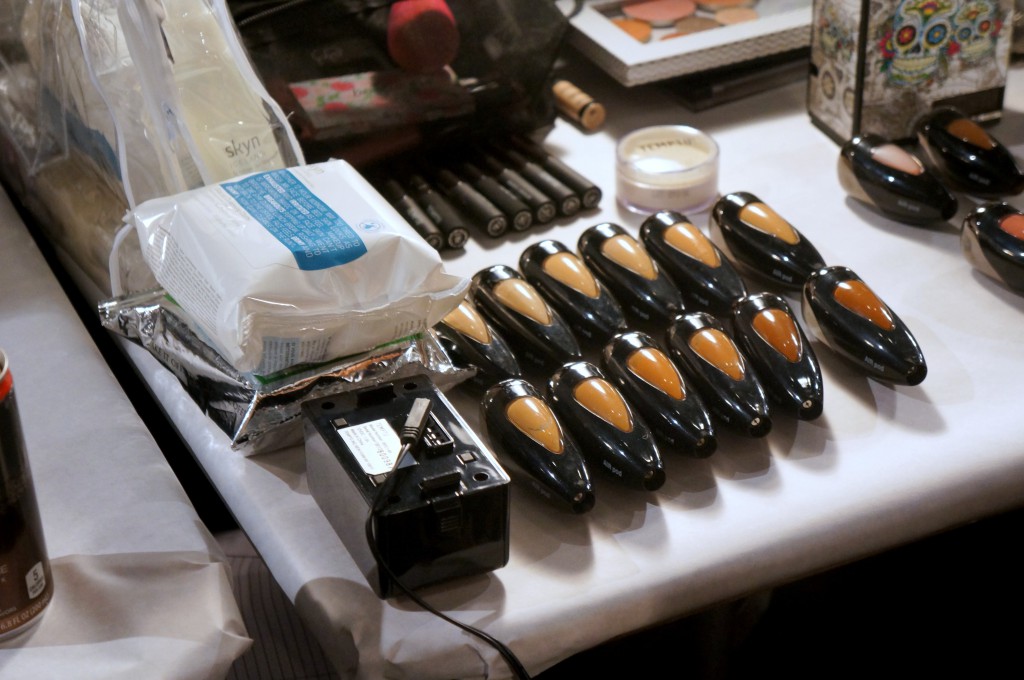 Temptu BASE Smooth & Matte Primer was applied to the surface of the skin blending outward. Then three light layers of AIRpod foundation were misted to achieve a flawless complexion for the runway. Invisible Difference Finishing Powder in shade Light One was used (with emphasis on the T-zone) to create a soft, matte finish.

Temptu AIRpod Highlighter in Pink Pearl was applied into the inner corner of the eye, the “C” contour of the eye area and underneath the brow bone. 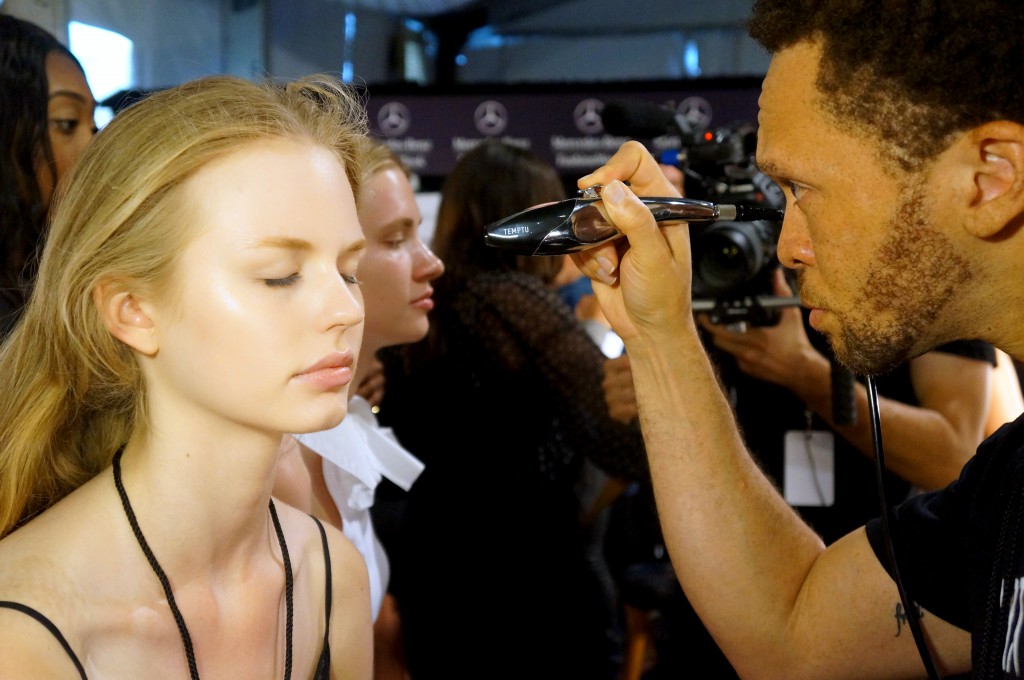 Temptu AIRpod Blush in Washed Rose was applied to the lid of the eye for soft, water-colored shadowing. 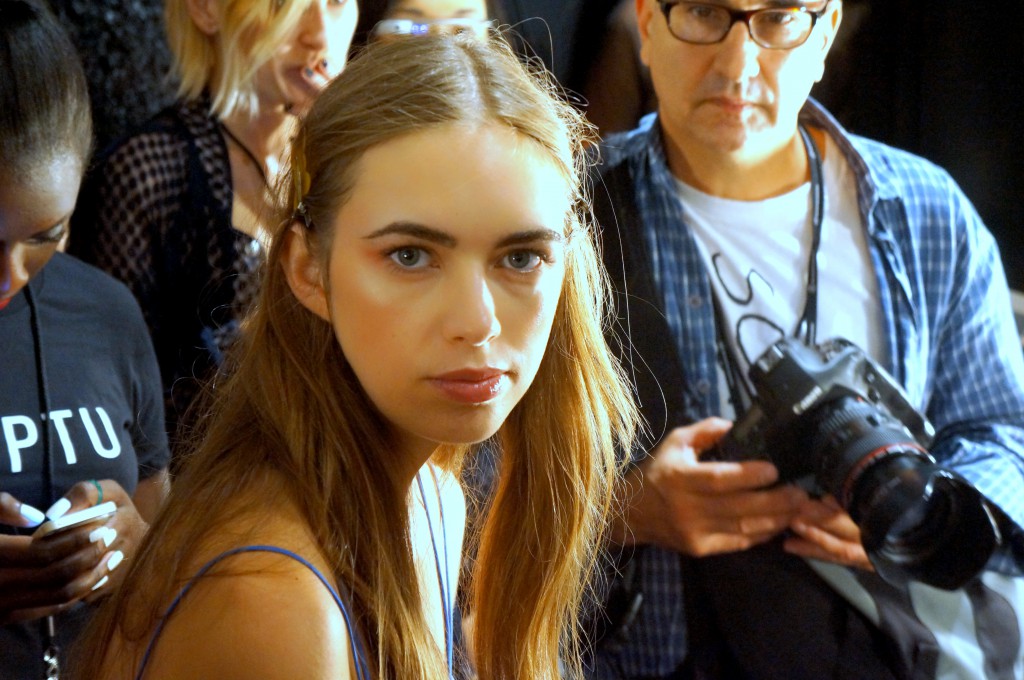 Temptu AIRpod Blush in Washed Rose was applied as a sheer layer to the lips to appear lightly stained. 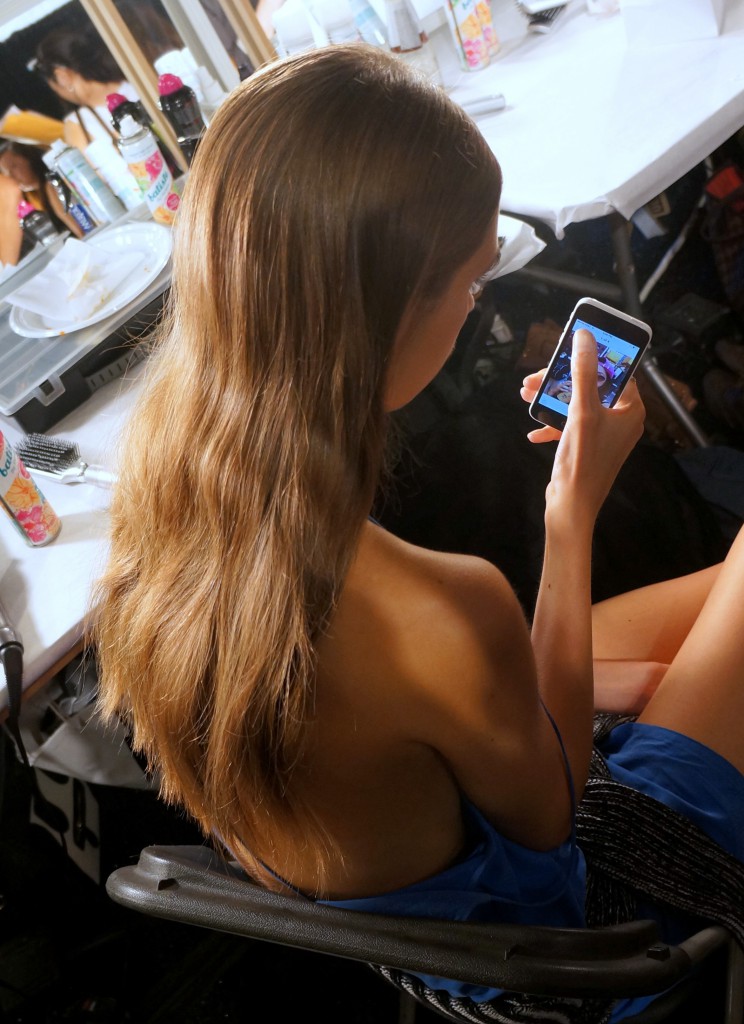 The hair inspiration for the show was “loose, fantasy waves.”  This was achieved by spraying Batiste Dry Shampoo before brushing out the hair until it had a slightly static appearance. It was then freely curled and left down to set. 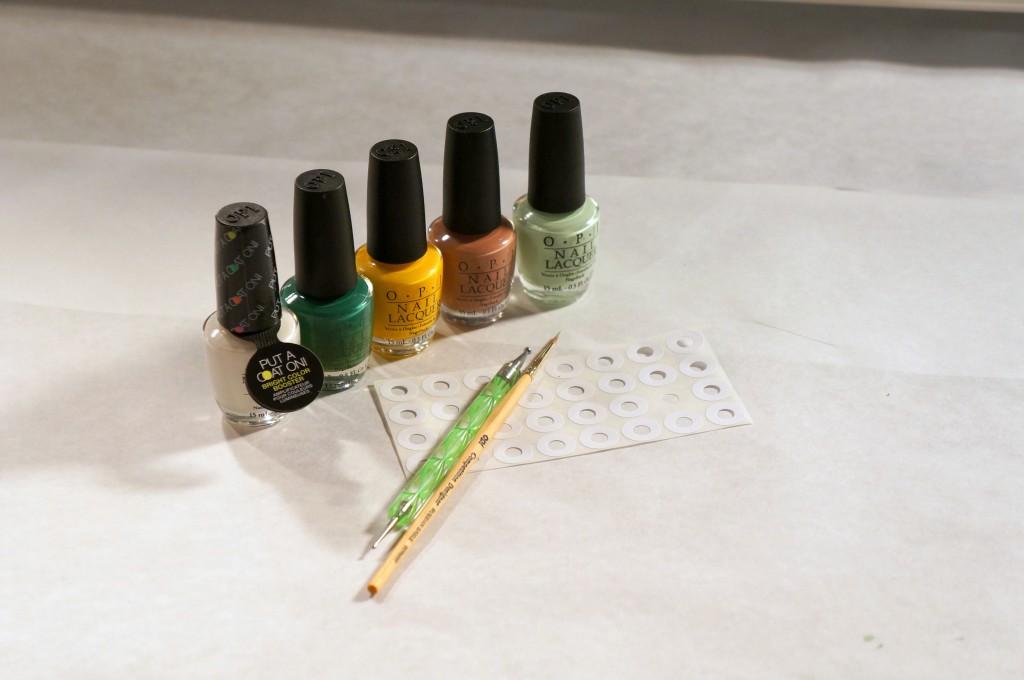 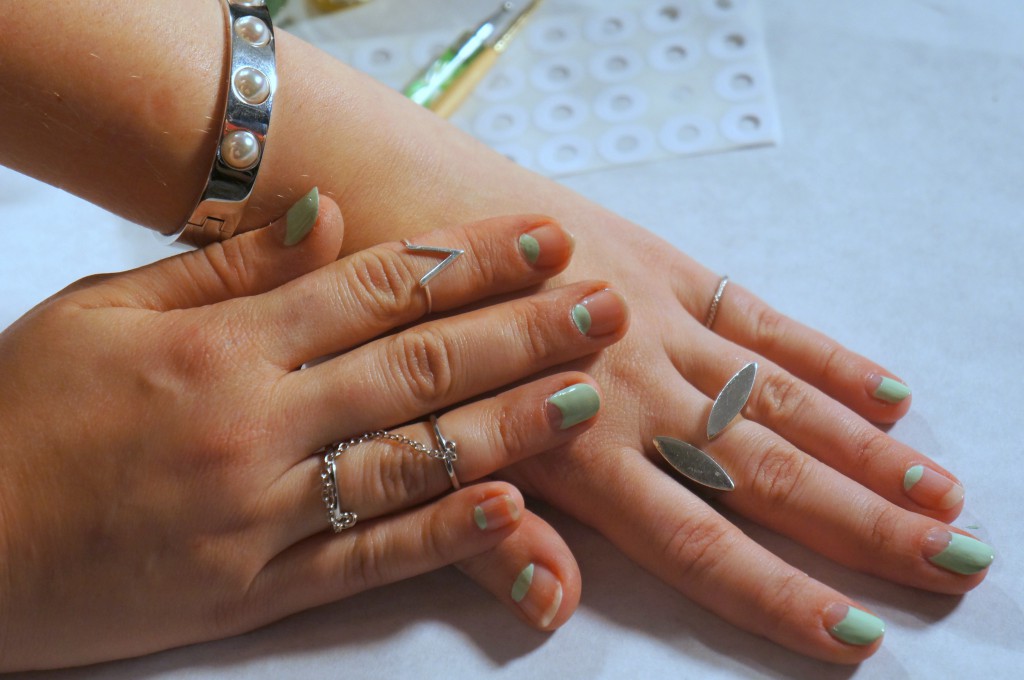 OPI experts created a base for the toes with a light coat of “Bubble Bath” and then nail artists drew detailed flowers that imitated Charlotte Ronson’s “fallen flower” design from the collection. On hands, cutout crescents were painted with the help of paper-reinforcement stickers using new mint shade, “It’s Hularious” (to be released Spring 2015).

Overall the beauty look was quite carefree and set an eccentric tone that complemented the clothing on the runway.

Next Post
DIVA Does... The NYFW Interview with James Vincent for Mehron