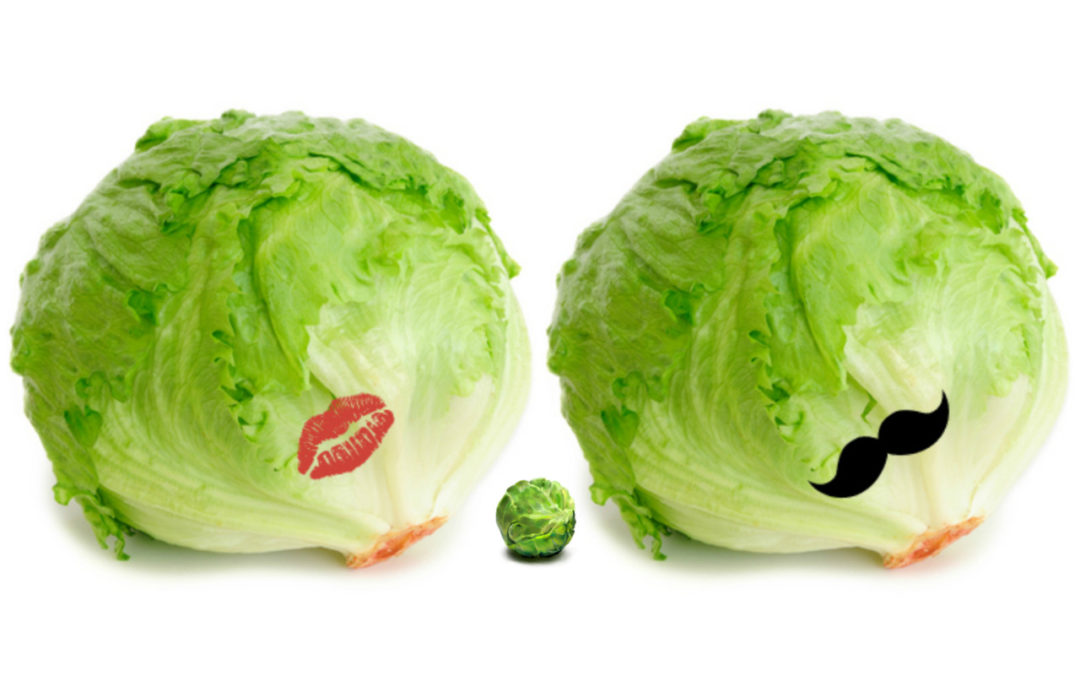 I am writing this at 38 weeks pregnant – just waiting for our little one, Baby Lettuce, to arrive. It’s been a long and incredible journey and as I prepare for labor and delivery, I can’t help but think back to the beginning… when the news was just mine. And then just mine and my husband’s. And then just our families’. And then everyone’s.

PREGNANCY ANNOUNCEMENT FOR MY HUSBAND: THE BUN IN THE OVEN

My husband and I had a surprise wedding and took a very late honeymoon to the Maldives (an unbelievably generous gift from my brother) and when we got back we had ovulation sticks that would be arriving soon in the mail. We were planning to start trying to conceive in the next few months. I was 38 (an age they call ‘geriatric’ or more kindly, ‘advanced’ in the medical world) and had never been pregnant, and my husband, while much younger than me, had also never gotten anyone pregnant, so we were unsure how much time it would take or if we’d need IUI or IVF or surrogate or adoption services to become parents.

But a funny thing happened on the way to the forum.

I had this crazy ‘jet lag’ I couldn’t shake. I was just so sooo tired and also oddly really hungry. Yeah I was maybe also a little extra emotional but of course this was due to me being tired from the jet lag. It all made sense.

And my husband and I were always very careful to not get pregnant. Having said that, immediately after the honeymoon there was an instance in which we were not. Now I have a long cycle so it wasn’t precisely the middle… and we had just traveled internationally which I felt would make my cycle even longer and less regular.. and the chances of getting knocked up right off the bat seemed highly impossible… so we didn’t think much of it.

Until I was just not bouncing back from the jet lag and my husband was – the opposite for us typically.

So I peed on some sticks and there was maybe the faintest of faint lines but not really and definitely nothing that would hold up under light — or my husband shining a flashlight on the sticks telling me lovingly I was crazy.

I too didn’t believe I really could be pregnant so I continued with life as usual. Drinks, gel manicure, hair appointment, all the good cheese, more drinks…

I hadn’t yet missed a period but still, I continued to be off.

After a few more days though, roughly around when my cycle would have started, I decided to take another test. This time home alone.

And clear as day, with two solid strong lines, I was pregnant.

I cried all the way to my spin class, through the whole class and all the way home. I was overjoyed and overwhelmed and in total shock.

On the way back, I stopped at Whole Foods and picked up a bun and placed it in our oven.

When my husband got home after what seemed like a lifetime later, I told him I had baked him something.

This was met with much praise, as the kitchen is definitely not my domain. “You did, that’s so sweet,” he said genuinely before even looking at the baked good.

I directed him to the oven, which he opened and was so pleased.

“You made me a bagel?” he said lovingly and truly impressed. “It’s not a bagel,” I said. “No I know but like a piece of bread,” he continued still showing gratitude for my thoughtfulness (ps, my man is a carb lover). So I went further, “Um it’s not just a piece of bread, it’s a special type.” “Oh what type,” he asked casually and sincerely to which I replied, “Oh I don’t know…… looks like a bun to me.”

The perfect opportunity for me to reply, “So yes, your wife is crazy, but she’s also pregnant.”

And then I got the pregnancy sticks I took before and after my spin class that morning to show him.

And it was a really overwhelming and beautiful moment. And in it, our lives were changed. 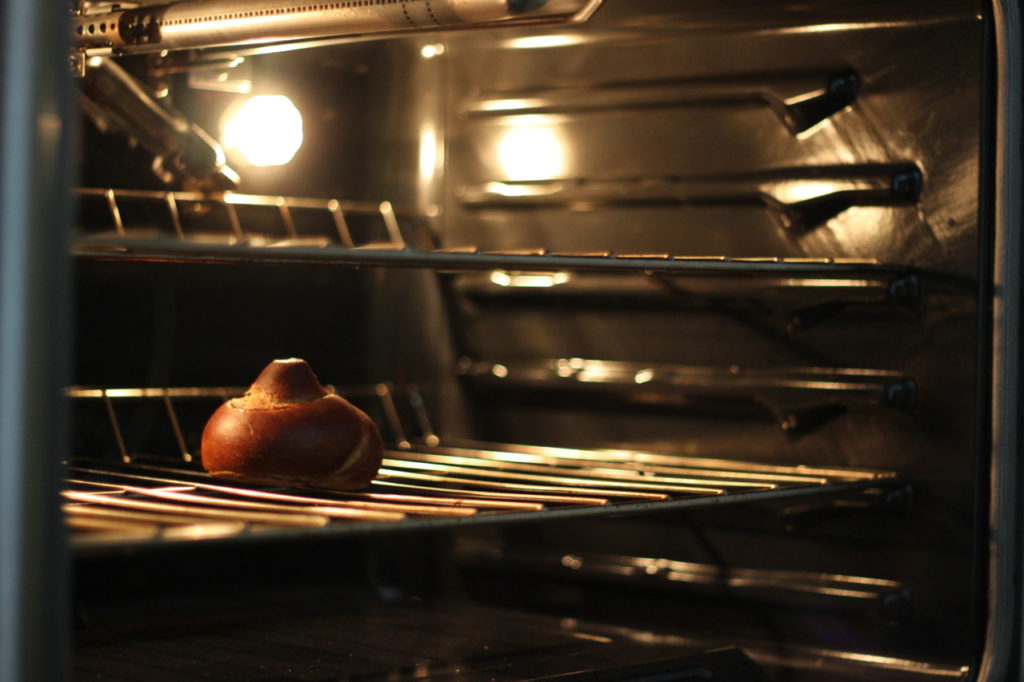 PREGNANCY ANNOUNCEMENT FOR MY FAMILY: THE VIDEO SURPRISE

I was very hesitant to tell anyone our news as I wasn’t sure the pregnancy “would stick.” I’d heard enough unsettling stories and had enough close friends with early and late losses and was also just old enough to know that getting pregnant and staying pregnant are two different things. So I kept telling my husband “the good news is that we can conceive” almost to protect us from any deep hurt if things changed.

I also truly believed that was good news at that stage.

So it was our little delicate secret.

Not telling my parents at first was really hard but they were in Florida for the winter and that helped because I didn’t have to see them, especially my mom, face to face.

My dad’s 70th birthday was coming up and I was devastated to not fly down for it but we were worried about Zika and wanted to play everything safe. My parents and brother knew we’d be “starting to try” soon so while a little disappointed to miss us there, they didn’t think much into it when we shared we couldn’t join. We had to get tested after a prior family trip to Costa Rica and they understood our Zika fears.

A couple of weeks before he flew down, we confided in my brother. He was the first person we told and he was super excited and that was pretty awesome.

But more importantly, we had a role to give him. We needed him to help us with our surprise announcement.

On the morning of my dad’s 70th, I asked my brother to play a video first thing when my parents woke up.

The video started with a photo of my dad, mom and brother when my mom was pregnant with me and then it went into a series of photos in chronological order of my dad and I over our lives. Nothing abnormal for a 70th birthday video. Then it switched from my dad and I to a photo of me with my husband at our wedding… and then another of us on our honeymoon… and that sort of confused them… and then it took a turn they definitely did not expect.

They were simultaneously stunned and overjoyed.

We had also told my mother-in-law, father-in-law and sister-in-law using the bun in the oven when we were together with them in person in California (something that was very important to my husband as we live on opposite coasts). So the news became an immediate family thing for a while.

Not sharing with others in those early months was difficult for many reasons (more on that in another post!) but having our families know was really nice. This will be the first grandchild on either side.

After a lot of optional testing, we shared our news little by little with our closest friends and extended families.

These were the announcements we sent to our families. 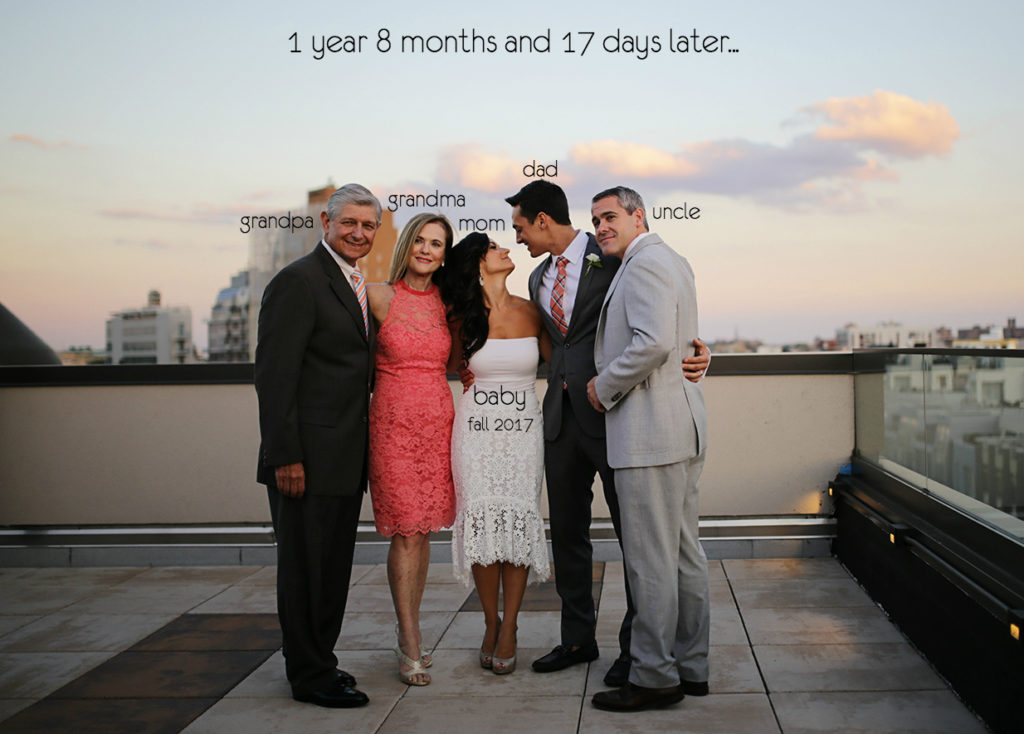 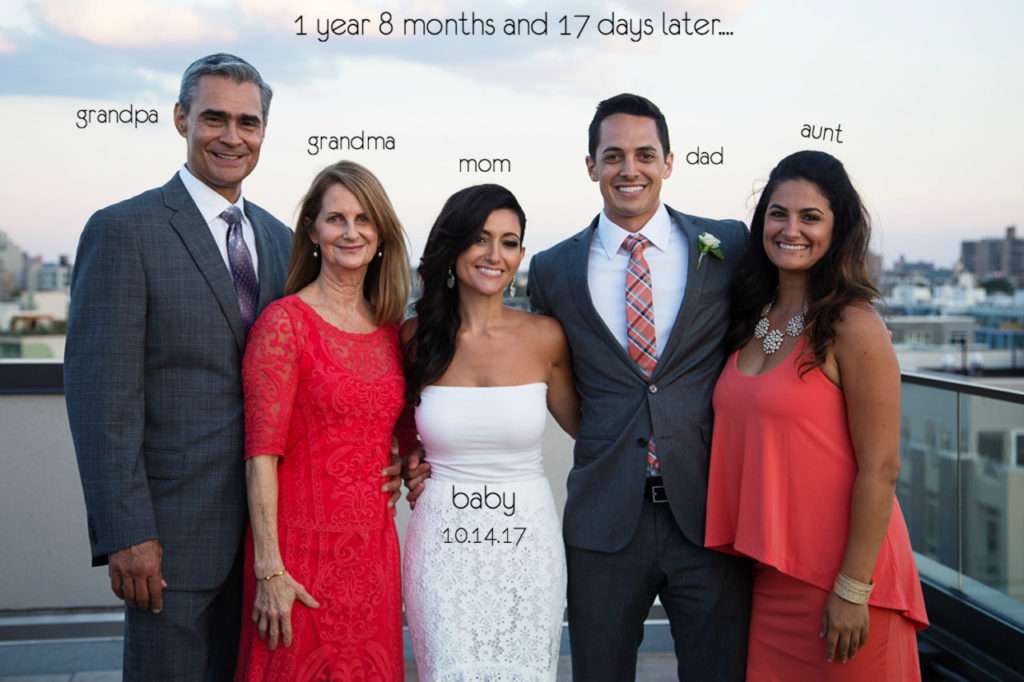 PREGNANCY ANNOUNCEMENT FOR EVERYONE: THE IG GALLERY

After my anatomy scan and all our testing coming back “as good as it gets” not just for my age but for any pregnancy, we decided it was time to be open with our news.

I was told to stop saying “the good news is that we can conceive” because “the good news is that you’re pregnant” and that while you can never be 100% sure of a healthy, happy baby (something I’ve thought about a lot over all these months and especially now as I will be meeting my baby in the next week or two), it was time to be openly excited. To embrace the ever-growing life inside me that gives us such happiness with every kick and hiccup and movement and development.

It really is a miracle and such a beautiful unbelievable thing.

So on Mother’s Day, playing off of our #thelettuces family hashtag, I posted my first IG gallery with the following five frames: 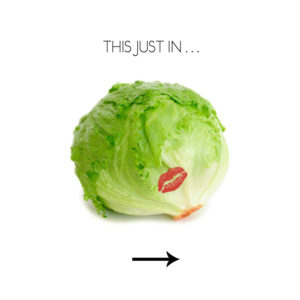 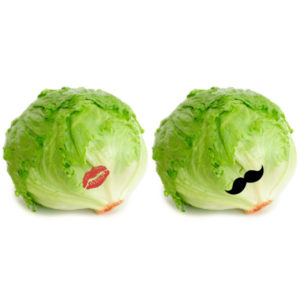 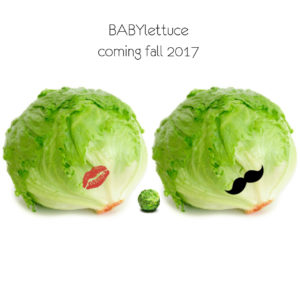 NOTE: This post is not sponsored. All thoughts are unbiased and my own. All photos are property of DIVAlicious.

Lauren Cosenza is the creator and owner of DIVAlicious® and  BEAUTYfull®, a brand consultant and ambassador, a creative director, a published contributor and writer, an on-camera personality and spokesperson, a trusted beauty/fashion expert, a product junkie and an insatiable beauty and style seeker — with a former life at Cosmopolitan and Shape magazines and most recently serving on contract as Creative Director, Beauty for Bustle.com/BDG brands.